Less food waste through the use of 3D-printers 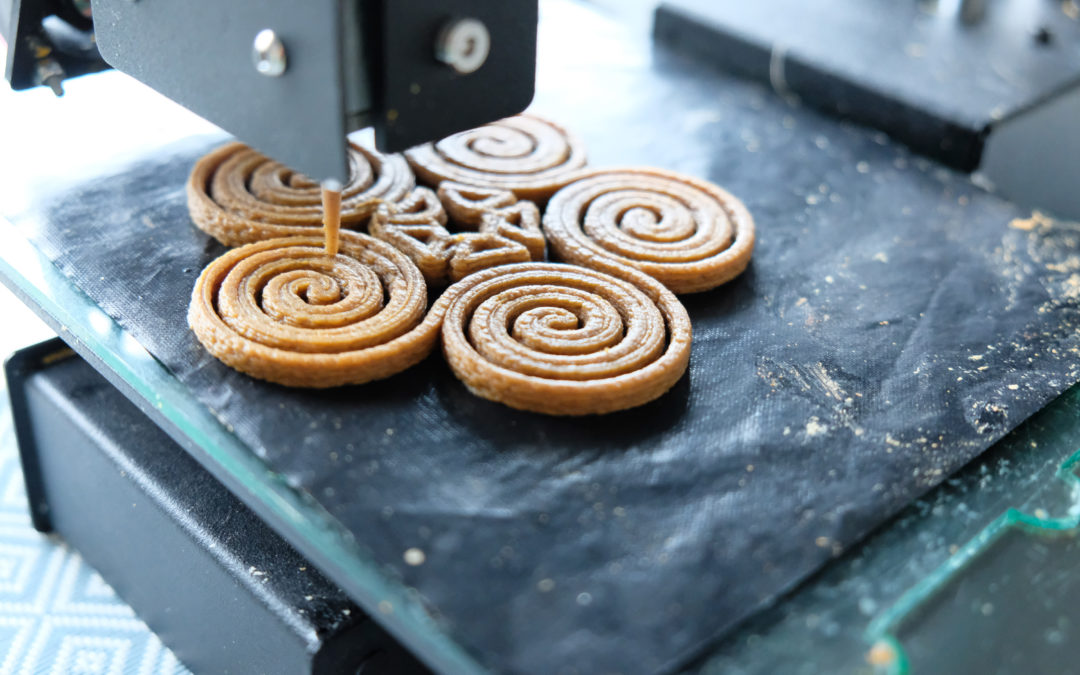 By using a 3D printer, 2 industrial design students at the Technical University Eindhoven are re-using food that would otherwise be thrown away. Their company Upprinting Food is focused on printing decorative and edible components for dishes. Elzelinde van Doleweerd, one of the two students, had the following comment: “One third of food produced we throw away again. That’s what we want to reduce through this method”.

As well as root vegetables and fruit, a lot of bread especially is used in 3D printing; these provide the basis for the puree. The 3D printer uses this puree to create edible shapes. “We dry the bread which leaves a kind of powder. This makes the vegetable or fruit puree firm”, explains Van Doleweerd. “Once the shapes are printed, they are baked and dried. This way they last longer.”

By collecting the residual product flow from Albert Heijn, the two students can experiment with making the right puree. Food is built up layer by layer using a needle with the 3D printer, where the puree cannot be too thick or too thin.

The focus now especially lies on restaurants the students say. Here the 3D printer can be hired in or bought, where they can process their own residual product flows into the food. Last week there were positive reactions after a presentation about the 3D printers for hospitality businesses.

For a trial period the students have tested the printer at Karperdonkse Hoeve in Eindhoven. Owner Ingrid van Eeghem stated that customers reacted very positively. “One company that came to eat even wanted their own logo printed.” Further improvements were also clear to see in terms of food waste. “It is very interesting to see how much of your own residual product flows you can just use”, said Van Eeghem. “We really did throw away significantly less.”

Besides the Netherlands the students are also focused on presenting this development abroad. “We’ve been to the Design Week in Beijing. There we worked with rice as a base because that’s the largest surplus product there”, explained Van Doleweerd. “Also there the restaurant owners reacted very enthusiastically.”

In addition it’s also very important for the students to help along with reducing food waste. “The combination of sustainability and new technology offers interesting solutions”. With this awareness amongst people is especially important. “People need to look at how much food they throw away at home as well and what they can eventually still do with it. Our 3D printers help to do that.”

Watch the video of Innovation Origins: