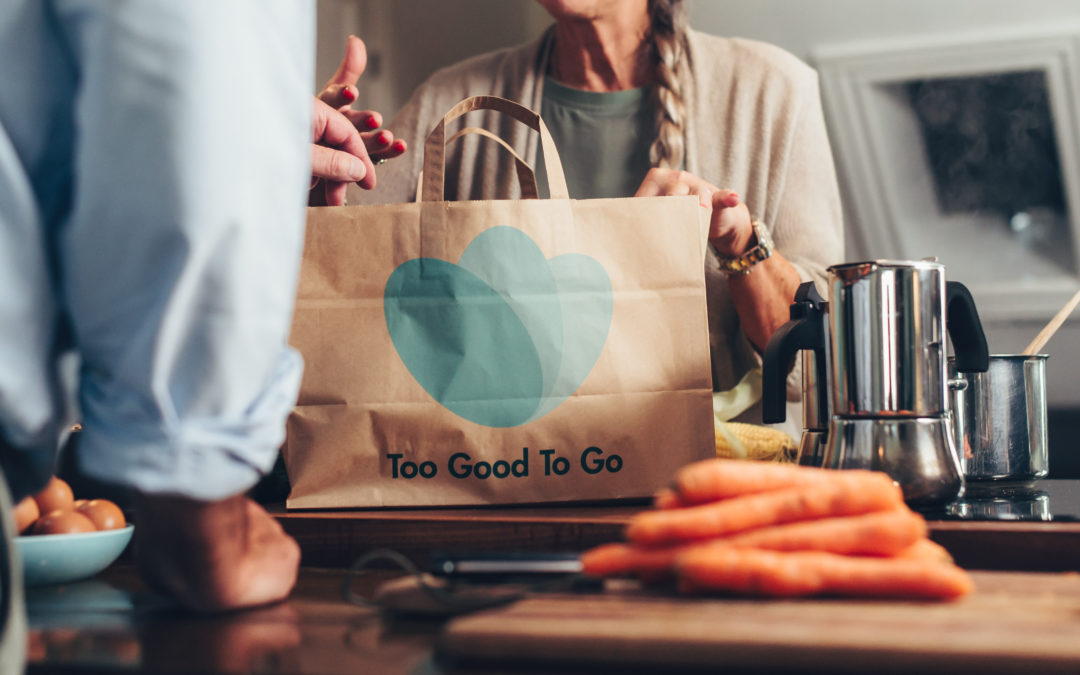 Food waste fighting app ‘Too Good To Go’ announced yesterday (30 September) that it has saved one million meals in the UK since its launch in 2016, preventing an estimated 2,500 tonnes of CO2 emissions.

Too Good To Go reduces restaurant waste by linking customers to discounted meals that would otherwise be thrown away. Restaurants and retailers with excess food on site can advertise on the app, so that local customers can order and collect the surplus meals at a reduced rate – usually costing between £2.00 and £3.80 a meal.

By saving one million meals, since the app’s launch in 2016, Too Good To Go users have prevented 2,500 tonnes of CO2 emissions – according to the Food and Agricultural Organisation of the United Nations (FAO), each meal saved prevents 2.5 kilogrammes of CO2 emissions – the equivalent of burning over 1,130 tonnes of coal or charging 300 million smartphones.

Commenting on the announcement, Too Good To Go’s UK Managing Director, Hayley Conick, said: “While we are thrilled to have hit this milestone, the one million meals saved so far is just the tip of the iceberg. Seven million tonnes of edible food is wasted in the UK every year and we are on a mission to change this.”

Even with the rise in food waste fighting apps such as Too Good To Go, Olio and Winnow, around one third of all food produced for human consumption globally is lost or wasted and much of this is down to inefficient food waste management and a lack of education on the subject.

‘A simple, sustainable and scalable solution’

A survey commissioned by Too Good To Go of 2,000 UK adults in March 2019 suggested that over two thirds (69 per cent) of Brits don’t realise that food waste contributes to climate change. Too Good To Go aims to inform its 1.5 million registered UK users of the correlation between food waste and the impact it has on the planet, as well as helping people eat good food and save money.

Conick continued: “When we speak to food brands and outlets it is clear that one of the biggest challenges they face is finding a simple, sustainable and scalable solution for their surplus produce. By connecting them with hungry consumers on our app we are successfully reducing the volume of food that is thrown away. For our Waste Warriors it’s win win win – by doing one small thing they get delicious food at great prices and do their bit to help the planet.”

Research suggests the hospitality sector currently throws out one million tonnes of food annually, wasting the equivalent of one in every six meals. The Waste and Resources Action Programme (WRAP) recently launched its Guardians of Grub campaign to tackle the £3 billion of food thrown away each year by hospitality and food outlets.

Alongside helping customers collect meals, Too Good To Go works with restaurants and retailers to reduce kitchen waste and save money. Partners include: YO!, Greene King, Chop’d, Konditor, PAUL, Lola’s Cupcakes, and Benugo.

Luisa Fernandez, Marketing Director of YO!, said: “YO! has been a partner of Too Good To Go since 2017 and together we have saved almost 100,000 meals from ending up in the bin. Fighting food waste is a vital initiative and we are proud to be playing an important role in ensuring that delicious produce is enjoyed by consumers rather than damaging our environment.”

The household remains the biggest problem

Though restaurant food waste is significant, it is in the household that the greatest amount of food is wasted – WRAP estimates 7.3 million tonnes of household food waste is thrown out every year.

Too Good To Go has also published research on meal prepping – bulk cooking several days’ worth of meals to eat throughout the week – and how it could be contributing to household food waste due to people discarding meals if they are unsure whether or not the food is still safe to eat.

According to the research, 54 per cent of UK residents say that they meal prep on a regular basis to save time and money throughout the week. However, 34 per cent of these prepped meals end up being binned after being forgotten or because people are unsure of how long the food is safe to consume for.

Additionally, confusion over ‘best before’ dates and ‘use by’ dates leads to many people throwing away perfectly good food items, thinking they are unsafe to eat. The Waste and Resources Action Programme launched Spoiled Rotten earlier in the year as part of its wider ‘Love Food Hate Waste’ campaign, offering information and inspiration on how best to limit food waste by storing food properly (for example, ensuring fridge temperatures are optimal), and by being aware of the difference between ‘use by’ and ‘best before’ labels.

Find out more about Too Good To Go on the company’s website.